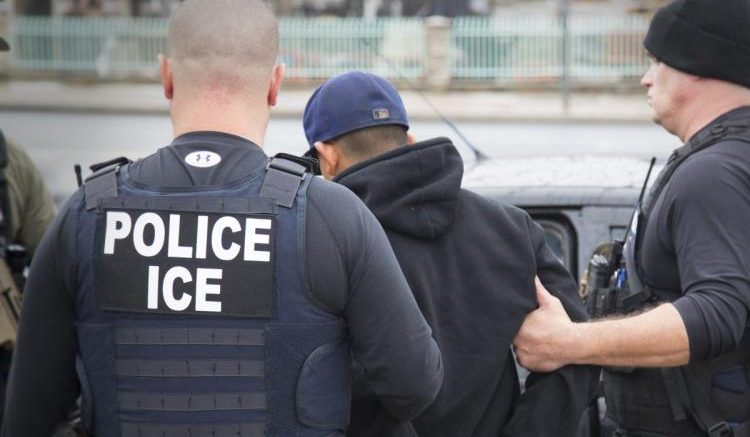 For any American who supports law enforcement officers and understands the difficulties and dangers of the job, this story will prove to be unsettling and perhaps even alarming. You may even get angry.

While President Trump has declared war on gangs like MS-13 and the drug cartels, and put ICE Officers on the front lines of that war, Trump’s Obama holdovers at ICE continue their war against ICE Officers through policies aimed at devastating officers and their families, especially officers who rigorously enforce the law.

Police and Federal Agents routinely have complaints filed against them, this because most criminals don’t like being arrested or placed in jail, or in the case of ICE arrestees, deported. Following most complaints from the public, law enforcement officers frequently stay on the job, and no action is taken until after an investigation is concluded and the findings support discipline. Investigations regarding complaints against officers are generally handled expeditiously.

When criminal aliens make allegations against ICE Officers, the standard practice is that officers are immediately stripped of their guns, badges and law enforcement authorities, and prohibited from performing law enforcement duties. 25%-30% of the officer’s annual pay and retirement is immediately taken, and on average the officer is placed under investigation from between 18-24 months. So before any investigation is completed, ICE Officers lose 25% of their pay and retirement for 2 years, with no chance of recouping those loses. ICE Officers call it “Guilty until Proven Innocent.” It is believed to be one of the most hateful policies toward law enforcement officers in the nation.

According to ICE, approximately 95% of all complaints are determined to be completely unfounded following investigation. So ICE managers knowingly punish and financially devastate completely innocent ICE Officers and their families in 95% of cases based solely on false complaints, yet they continue to do it.

The financial impact to ICE Officers and their families is again – devastating. Most find themselves taking second mortgages on their homes and working part time jobs trying to survive. Many officers are fearful of going out in the field and doing their jobs as a single complaint can lead to years of financial hardship for the officer and his or her family, even if the officer is completely innocent.

With only a handful of ICE Officers to cover the United States, Guam, Puerto Rico, Saipan and the U.S. Virgin Islands, the loss of these officers from law enforcement duties for 2 years often cripples the ICE offices where they worked, as officers still performing law enforcement duties struggle to meet work demands caused by officer shortages.

Years of attempts by the union to resolve these policies has resulted in no change, just constant stalling and double-talk from ICE leadership. The National ICE Council has asked that President Trump issue policy to end ICE’s Guilty until Proven Innocent Policy against its own officers. They are hopeful that the President will keep his public promise “to have the backs” of his ICE Officers and their families.