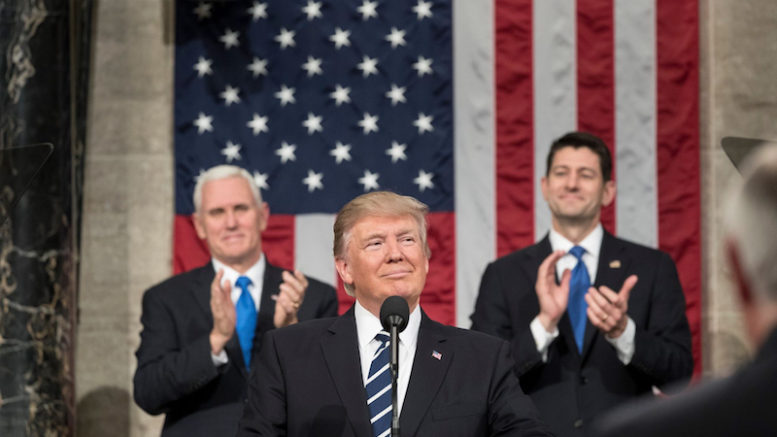 They endorsed President Trump during the campaign, but now the nation’s deportation officers say they oppose his immigration framework, concluding that the proposed amnesty would leave “gaping holes” for a new wave of illegal immigration.

“We simply cannot in good faith support any legislative effort on immigration that does not include provisions regarding immigration detainers, sanctuary cities and the smuggling and trafficking of children across U.S. borders,” wrote Mr. Crane, whose organization represents 7,500 employees at U.S. Immigration and Customs Enforcement, the agency that handles deportations and interior enforcement.

The letter marks a significant break for the ICE Council, which endorsed Mr. Trump in 2016 — backing that, along with support from the National Border Patrol Council, he trumpeted in campaign speeches.

Mr. Crane’s letter does not withdraw support from the president but says the path he is taking in immigration negotiations undercuts the security promises Mr. Trump made.

“What you negotiate on immigration isn’t just a give and take negotiation,” the ICE Council said, “it sets the table for our nation’s immigration enforcement policies and strategy moving forward, and any critical enforcement measures bargained away potentially leaves gaping holes in law enforcement’s ability to provide for public safety and national security.”

The White House didn’t respond to repeated messages from The Washington Times seeking comment on the letter.

Mr. Trump’s four-point plan would combine a pathway to citizenship for 1.8 million illegal immigrants with strict limits on the chain of family migration, an end to the Diversity Visa Lottery, a $25 billion trust fund to build his border wall, and changes to the law that would speed deportations for some illegal immigrants who are misusing humanitarian protections to gain a foothold in the U.S.

The president has described his proposal as a middle-ground compromise, with the White House saying stricter enforcement, such as a crackdown on sanctuary cities or requiring businesses to use E-Verify to weed illegal immigrants out of the workforce, will come in “phase two.”

Democrats have also said they won’t talk about those changes until later. They argue that Dreamers are blameless in the immigration debate and should not have their fate tied to any more enforcement or policy changes.

Mr. Crane, though, said changes to the law, including a sanctuary crackdown, must be at the forefront of any amnesty exchange now. He said they are the kinds of policy changes that will persuade would-be illegal immigrants not to make an attempt.

“We cannot and will not turn our backs on the victims of sanctuary cities and jurisdictions, and therefore cannot support any legislation that does not attempt to rectify this growing problem,” he wrote in the three-page letter.

The ICE Council also doubted there would be another round of negotiations. Once the White House agrees to “a DACA-style amnesty,” it said, Congress won’t bother with “phase two” enforcement measures.

All sides on Capitol Hill are racing against a March 5 deadline, which is when the Obama-era Deferred Action for Childhood Arrivals deportation amnesty protecting nearly 700,000 Dreamers begins to phase out.

House Republicans appear to be of the same mind as Mr. Crane. Conservatives are backing a bill written by Rep. Bob Goodlatte, Virginia Republican and chairman of the House Judiciary Committee, that would crack down on sanctuary cities, impose mandatory E-Verify on businesses, make it a crime to overstay a visitor’s visa and protect communities that cooperate in deportations.

The White House has said Mr. Trump would sign that bill should it reach his desk, but Republican leaders in the House are not pushing for action.

Senate Republicans are working off of Mr. Trump’s framework, and Democrats in the House and Senate are pushing for a “clean” legalization of Dreamers without any substantive security, enforcement or policy changes.

Mr. Trump, touring a Customs and Border Protection facility on Friday, said he has tried to entice Democrats to the table by offering a generous legalization going well beyond the DACA program.

“We want to make a deal,” the president said. “I really am not happy with the way it’s going from the standpoint of the Democrats’ negotiating.”

If no deal is reached, he said, it will be Democrats who give up on Dreamers. “I think they want to use it for political purposes, for elections,” he said of the rival party.

Mr. Trump also teased some of the other moves he can make even without Congress to crack down on loopholes that allow illegal immigrants to remain in the U.S.

He warned China and other countries that habitually refuse to take back their illegal immigrants that he will slap new tariffs or withhold foreign aid unless they begin to cooperate.

“We will do something with regard to sanctions and tariffs,” the president said. “Your head will spin how fast they get taken back.”

He did promise to use only economic levers, saying, “you’re not going to force them in.”

His administration has already made significant progress.

In May 2016, there were 23 countries on the “recalcitrant” list, meaning they were deemed uncooperative in taking back their people. As of December, that was down to nine countries.

The number of countries on the watch list in danger of becoming recalcitrant has dropped nearly 25 percent under Mr. Trump, according to U.S. Immigration and Customs Enforcement.

In an open letter late last year, Mr. Crane urged the president to weed out Obama-era holdovers at the Homeland Security Department and find ways to improve working conditions — including pay. Mr. Crane repeated some of those concerns in his latest letter.

Mr. Crane also said the Trump administration needs to make it clear to local governments that when the federal government asks for an illegal immigrant to be held for pickup, officials must comply.

Mr. Trump has repeatedly chided sanctuary cities, and Mr. Crane said he was surprised that the president didn’t propose any action on that area in his four-point framework.

In announcing its opposition to the White House framework, the ICE Council joins other Trump campaign supporters, including victims of crimes committed by illegal immigrants, who say the president has forsaken the promises he made to them.

Those victims’ families are planning an event in Washington this week to challenge Mr. Trump on his negotiating stance.

Written by Stephen Dinan for the Washington Times.