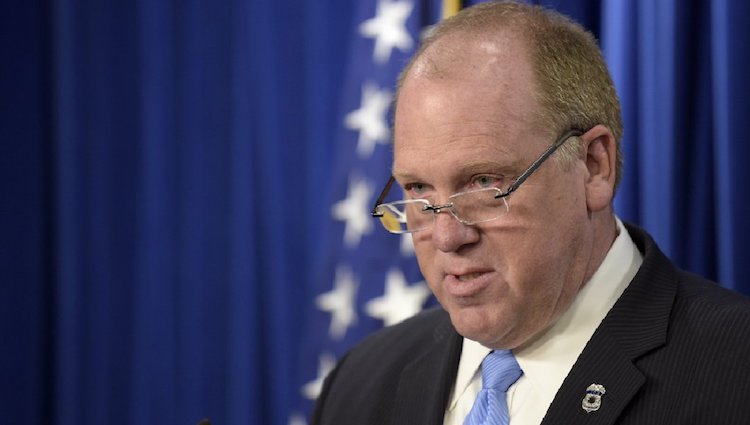 Following reports that ICE supervisors in Philadelphia ordered ICE Officers to remove their bullet proof vests prior to making arrests in the notoriously dangerous Philadelphia badlands, nationwide coverage from media outlets such as the Washington Times, the Ingraham Angle, and Fox & Friends quickly elicited public outrage over the senseless orders that clearly put the lives of ICE Officers at risk.

Since posting the initial report, the JIC Report has learned that at least 3 ICE Officers in Philadelphia reported the incident to ICE’s Joint Intake Center for investigation, which officers hoped would result in an investigation by the Department of Homeland Security’s (DHS) Office of Inspector General, but the DHS Inspector General refused to investigate, as did all of the internal affairs divisions within ICE. It may be that management misconduct that could result in the death of ICE Officers isn’t considered significant enough by DHS and ICE leadership to investigate, but ICE Officers believe a more sinister motive is afoot.

In other words, the incompetent ICE managers who put the lives of their own ICE Officers at risk, and arguably the lives of the Philadelphia Police Department Officers who were involved, will be investigated by their own management “buddies” from within their own office.

“These managers all have dirt on each other. They’re all buddies. The appearance and evidence of impropriety is clear and to handle allegations of misconduct in this manner is unethical and unprofessional. Our officers will never get a fair investigation and the managers involved will never be held accountable. My message to ICE Headquarters is simple – your officers are all sick of your corruption and cover-ups, we’ve had it,” said Rick Diaz, ICE Officer and Local Union President in El Paso, TX.

ICE Officers also claim that these are the “Iron fisted tactics” frequently used by ICE managers to strike fear into employees and shut them up.

“Our employees know that when one of their own managers is conducting the investigation everything they say is going back to their own managers, and if they do say anything it will result in fierce retaliation. This is absolutely corrupt,” stated Gabriel Cimino, ICE Officer and Local Union President in Philadelphia.

ICE Officers in Philadelphia also claim that supervisors involved in giving the order never had their guns and badges pulled, and pay cut, as rank file ICE Officers are when they are placed under investigation (see Guilty Until Proven Innocent).

“It’s another corrupt double standard compliments of Acting Director Tom Homan. ICE managers treat completely innocent rank and file ICE Officers like criminals, but nothing is ever done to bad managers. Even when they put the lives of officers at risk. The management cover-ups and double standards in this agency have to stop,” stated Cimino.