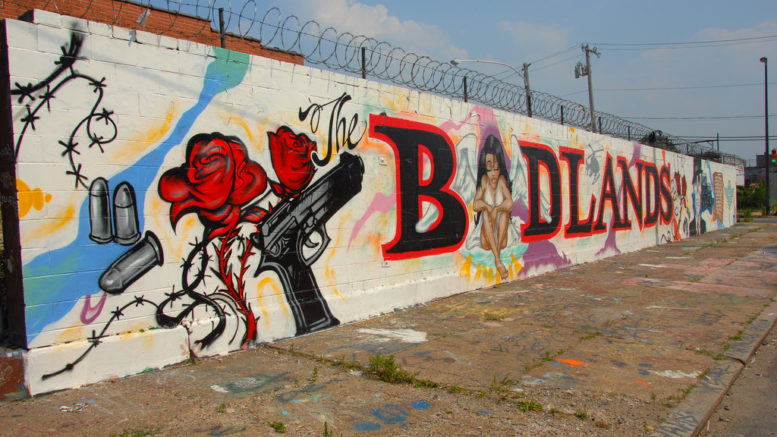 Philadelphia ICE Officers report that their own ICE supervisors ordered them to remove their bullet proof vests before attempting an arrest in the city’s infamous Philadelphia badlands.

ICE supervisors were concerned that the targeted illegal aliens might be offended or fearful after seeing ICE Officers wearing bullet proof vests and police markings. ICE supervisors put political correctness before the lives of their own officers.

“Our own supervisors would rather see the bodies of their own dead officers full of bullet holes than offend an illegal alien,” said Officer Gabriel Cimino, Local Union President. “This is the absolute madness that our officers in the field are dealing with every day. Will an officer have to die before President Trump helps us restore order to this agency?” 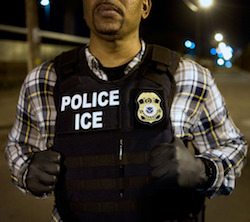 When ICE Officers arrived in the badlands at their targeted house, ICE supervisors radioed officers giving the direct order of “no vests.” Fearing disciplinary action, with extreme reluctance, ICE Officers removed their bullet proof vests with attached police markings and approached the targeted house. ICE Officers were now completely unmarked with nothing visibly identifying them as law enforcement officers as they approached a house in the drug and violence riddled Philadelphia badlands.

As they approach the home, ICE Officers were unaware that four Philadelphia Police department cruisers were racing to the scene as neighbors calling 911 reported the unmarked ICE Officers as potentially violent criminals engaged in a burglary in progress.

When Philadelphia Police arrive on the scene, finding three unmarked individuals near the home, they reportedly followed appropriate police procedures taking positions behind their vehicle and issuing commands to ICE Officers who were compliant and eventually able to identify themselves.

While everybody went home on this day, don’t ignore that brief moment when cars arrived on the scene, adrenaline was pumping, and one mistake could have resulted in a “blue on blue” incident with officers on either side being injured. The actions of ICE’s incompetent and politically correct supervisors are a textbook example of what not to do as law enforcement practice.

“No legitimate law enforcement agency ever orders its officers not to wear protective body armor. This is how officers get killed,” said Cimino.

But under a Trump administration that ICE Officers supported, that’s exactly what happened.

While ICE supervisors involved should be fired for such reckless and negligent behavior, absolutely nothing will be done to them – and they will do it again tomorrow if they feel like it. There is no accountability of supervisors in federal agencies, and ICE may be the worst of them all. This a leadership failure of the highest degree that could result in the death of law enforcement officers. The Director of ICE should be held personally accountable.

A written request has been sent to President Trump asking that he issue a directive that any ICE supervisor who orders ICE Officers not to wear bullet proof vests during enforcement activities be immediately served with an indefinite suspension pending removal.

Updates on this story will be provided as they develop.