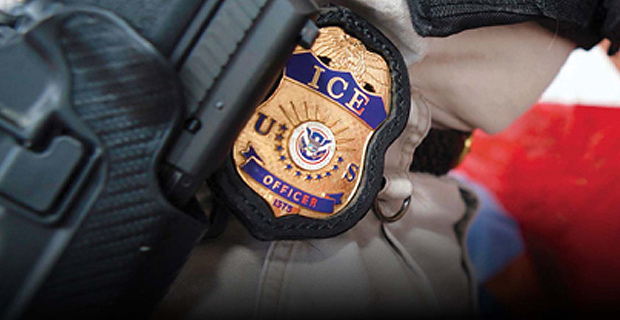 “Trump promised to drain the swamp, but instead he left us with all these clueless, anti-law enforcement Obama people. What’s he thinking? He should be getting rid of all these Obama managers, they’re terrible,” said one ICE Officer involved.

ICE Officers under the Salt Lake City Field Office of ICE Enforcement and Removal Operations (ERO) allege that they are under secret orders requiring them to provide the names and addresses of criminals and fugitives they seek to arrest so that prior notice can be given to city officials prior to ICE Officers entering their city and making an arrest.

While they can’t prove it, ICE Officers believe city officials are tipping off their targets so they can flee before ICE can make an arrest.

ICE Officers allege that high ranking city officials, to include elected law enforcement officials, “freaked out” when ICE Officers made completely safe, lawful arrests within city limits leading to complaints from the city and a “dirty back room deal” between ICE managers and city officials. ICE Officers believe knowledge of the deal goes all the way to ICE headquarters in Washington, D.C.

For those who are not familiar with standard protocols, ICE Officers (and other federal agents) frequently notify local police shortly before making an arrest so police in the area are aware that plain clothes officers from another agency are in their area. The purpose is to prevent mistaken identify and in the worst case scenario a “blue on blue” shooting.

But as one ICE Officer stated, “Seven days prior notice is unheard of. On what planet is it considered effective law enforcement policy to wait seven days to arrest an at large criminal who could kill someone while we twiddle our thumbs waiting on city politicians to give us permission to make an arrest? The American public should be outraged, city mayors and police chiefs are now controlling federal agents and their federal arrest mission!”

The JIC Report has requested that ICE and the White House respond to these allegations. Additionally, a report of gross mismanagement, misconduct and threat to public safety is being filed with the DHS Office of Inspector General demanding a full investigation. Updates on this story will be provided as they develop.

8 Comments on "ICE Officers forced to warn city officials before making arrests; Criminals and Fugitives ‘magically disappear’ before they can be arrested"