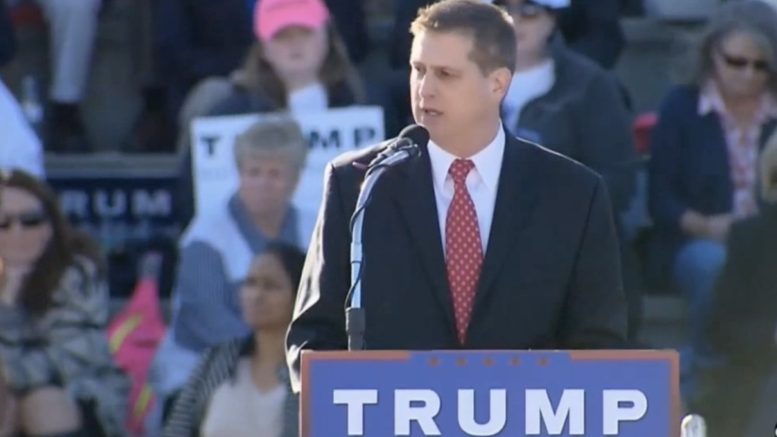 ICE Council President Chris Crane stumps for then candidate Donald Trump before 20k at a rally in Madison, Alabama on 2/28/2016. The National ICE Council later endorsed Trump for President, the first endorsement of any political candidate in the organization’s history.

Candidate Donald Trump and his staff promised ICE Officers that they would work directly with them to restore order within ICE after a grueling eight years of anti-law enforcement sentiment and all out hatred toward ICE Officers from within the Obama administration, which literally left ICE Officers with the lowest morale in the entire federal government according to government surveys.

But ICE Officers grudgingly admit that the only President they ever endorsed hasn’t kept his word, and many officers now feel betrayed.

While officers view the President’s position on enforcement as courageous, the Trump administration has left all of the Obama managers and leadership in place, a group that ICE Officers know after the last eight years to be completely incompetent, corrupt and anti-enforcement.

“The Trump administration isn’t working with us at all, and that’s the sad truth of it,” said Chris Crane, President of the National ICE Council, which represents approximately 6,000 ICE Officers nationwide.  “We have written commitments that the White House would be working directly with us every day, but it’s not happening.”

Crane cautions, however, that it’s hard to know what the President actually knows.

And America is about to find out if President Trump is a man of his word who truly cares about law enforcement, as ICE Officers are now attempting to communicate with the President publicly to bypass those who are fighting to keep ICE Officers out.

National ICE Council President Chris Crane has launched a website aimed at exposing corruption and gross mismanagement within ICE (JICReport.com), which he hopes will quickly expand to doing the same throughout the entire Department of Homeland Security.

No other group of federal employees has ever launched such an effort to bring transparency and curb government corruption. “As employees, military veterans and law enforcement officers we are ashamed of the problems that plague these federal agencies; we are ashamed of ICE leadership. We are ashamed of a Congress that just looks the other way and appears complicit. It’s time for transparency, it’s time to drain the swamp as the President committed to do,” said Crane.

Crane’s full letter and specific requests to President Trump can be viewed here.

34 Comments on "ICE Union President to Trump: What’s happening at ICE is an embarrassment to the American people and a stab in the back to the men and women of law enforcement"