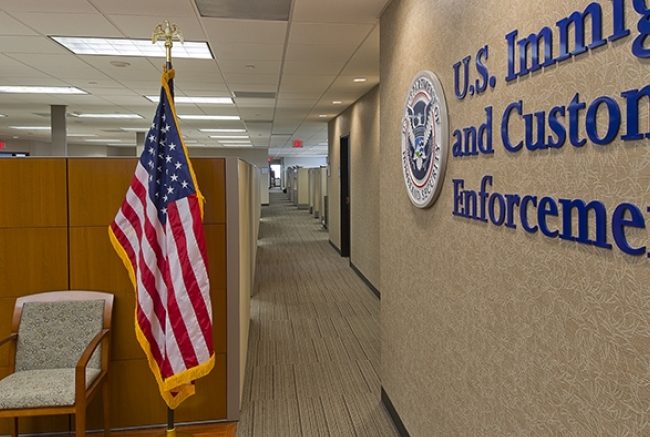 Did President Trump’s Acting Deputy Director of ICE lose his badge and credentials to a prostitute, and then were those credentials recovered by local police?

These questions will apparently never be answered as ICE, the Department of Homeland Security (DHS) and the Department of Justice (DOJ) fight in federal court to prevent Americans from seeing federal records involved in the case.

In Mount v. John F. Kelly, Plaintiff Jason Mount (an ICE supervisor) is suing the government for records regarding his own supervisor, Acting ICE Deputy Director Peter Edge. In his request for information under the Freedom of Information Act (FOIA), Mount specifically requested the following from the DHS Office of Inspector FOIA staff:

“I am seeking copies of any and all DHS OIG records and/or reports from January 1, 2002 through November 17, 2012 that contain information regarding an allegation that U.S. Immigration and Customs Enforcement, Homeland Security Investigations, Supervisory Special Agent Peter Edge lost his official credentials to a prostitute and the credentials had to be retrieved by local police.” [Emphasis added]

Plaintiff Mount’s request was denied by the DHS Inspector General’s Office which characterized Mount’s request as an “unwarranted invasion” of Acting Deputy Director Peter Edge’s “personal privacy,” an exemption under the Freedom of Information Act.

And this is why corruption prevails throughout the federal government. Taxpayer dollars pay for armies of attorneys to protect bureaucrats involved in corrupt and illegal acts. We will never know if Peter Edge lost his credentials to a prostitute, but we do know that Congress put laws in place that protect the corrupt.

While every American can appreciate the protection of privacy, Congress created a system whereby there is no oversight of corrupt bureaucrats, information is hidden from the American public, and corrupt bureaucrats are simply left to police themselves. So the next time you hear Congressional members putting on the big show for the TV cameras about how outraged they are about the acts of a Lois Lerner or Secretary of State Hillary Clinton, just remember that it’s Congress that created this lack of oversight, and it’s Congress that could put laws in place to prevent it – but refuses to.

Court documents in the case (provided to the JIC Report by Judicial Watch) can be viewed from this site.

Be the first to comment on "ICE’s Second in Command allegedly lost badge and credentials to Prostitute; ICE and DHS Fight to Prevent Americans from Seeing Records"